Home How to Write an Introduction (College Essay or Paper)

How to Write an Introduction (College Essay or Paper)

The introduction to an essay, admittance or any other paper may only be one paragraph, but it carries a lot of weight. An introduction is meant to draw the reader in, give them a preview of what the paper holds and convince them that reading it will be a rewarding experience – no pressure, right? The introduction may have plenty of responsibility but that doesn’t mean you need to sweat writing it. There are some easy steps you can take to ensure your introduction hooks the reader's interest and sets the stage for the rest of your paper. 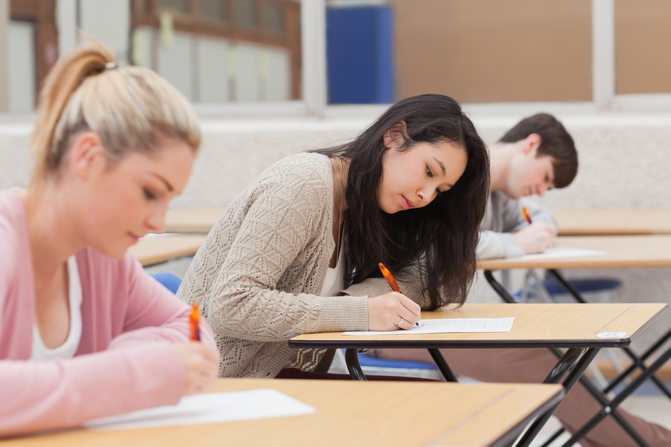 Step 1 - Make It Part of Your Outline

The introduction often isn't included as you are brainstorming your way through the outline for your paper. Although the introduction isn't typically part of your outline, your outline should be a part of the introduction. This is especially true with longer papers or essays that tackle complex ideas or subjects. Running through the basic outline of your paper in the introduction offers readers a chance to preview what your paper is about and your stance on the issue or to evaluate how objective you'll be. For example, writing about the role the First Amendment has played in the history of the United States might lead you to touching on subjects like racism, bigotry or other hot button topics. Including them as a part of your introduction lets readers know you're not shying away from controversy but that you'll be framing it within your stated argument and that you can handle it without using inflammatory language.

The first sentence is often the most difficult for any writer. Don't let that blinking cursor thwart your efforts, though. There's no rule that says you have to write that all important first sentence first. In fact, leaving that until later can be helpful since you may be knee deep in page 7 of your epic term paper when the perfect first sentence comes to you. If you're in the middle of dissecting the role of Anime in the evolution of Western cartoons when inspiration strikes, just type out that baby right where you are – you can always copy, paste and tweak it when you're done.

When crafting or editing your first sentence, avoid some of the common clichés that can make a first sentence less than impressive.

There are several different ways you can hook your reader's interest when writing your introduction. Planting a hook at the beginning gives you a way to use a common narrative or return to your original ideas throughout the paper which can give the entire essay more flow as well as setting the stage for you to have a convenient way to bring it all together in the conclusion.

Using a hook in the introduction simply refers to writing a sentence that captures the imagination and attention of the reader. This is usually done with the first sentence as well as your final statement. Using a hook which also sets you up for a common thread throughout the essay is a great way to establish flow. For example, if you're writing about the proliferation of 'everyday celebrity' you can use Andy Warhol's famous quote about 15 minutes of fame for an initial hook and then introduce the rise (and fall) of any flash in the pan celebrity. Throughout the essay you can use the time line of that celebrity's career as a way to advance the story and findings of your paper. This not only makes the paper flow better, it also gives the reader a personal interest to follow.

The introduction for a college level paper has a lot of weight on its shoulders. The introduction needs to draw readers in, frame your paper and establish what you want to say. Although it seems the brunt of your work will be contained in the middle sections of your paper, the introduction is your first impression and your chance to get your foot in the door. Be sure you use all of your writing skills to craft the perfect introduction so that readers will give your paper the time and attention it deserves.

To get started, simply place an order and provide the details!

Toll Free (NA): 1-877-690-8926
Email: support@essaytigers.com
Company
About Us Our Story We’re Hiring Contacts Our Bloggers Blog
Client Area
Sign In Pricing FAQ Online Chat
Services
Write My Essay Buy Essays Academic Writing Service Business Writing Service Pay For Essay Custom Essays Essay Writing Help Do My Homework
Policies
Privacy and Cookies Terms Of Use
For Students
How to Write an Essay How to Write a Research Paper How to Write a Thesis How to Write a Case Study Useful Tools Writing Contest Infographics Referral Program
EssayTigers. All rights reserved. Copyright © 2023
Our services are intended for assistance purposes only.
We use cookies to provide you with the best experience we can. You agree to it by continuing to browse our website. Click for more.